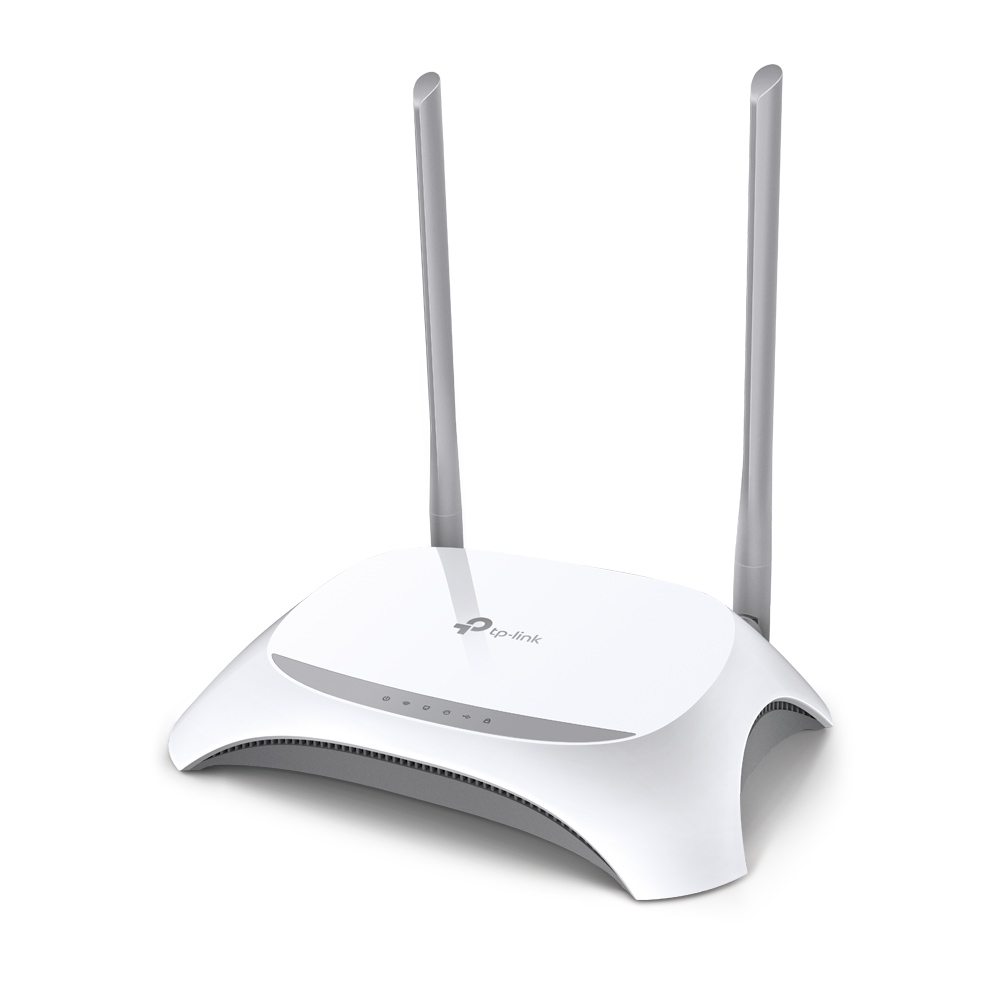 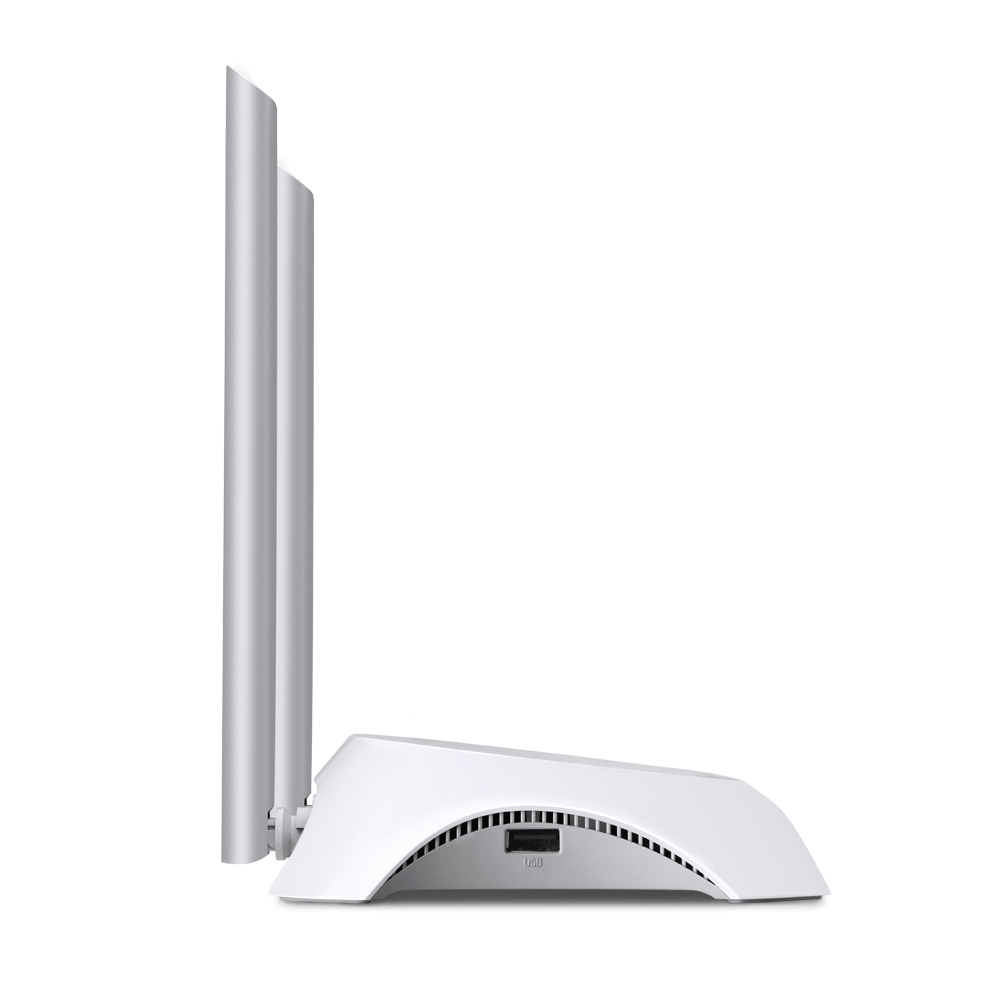 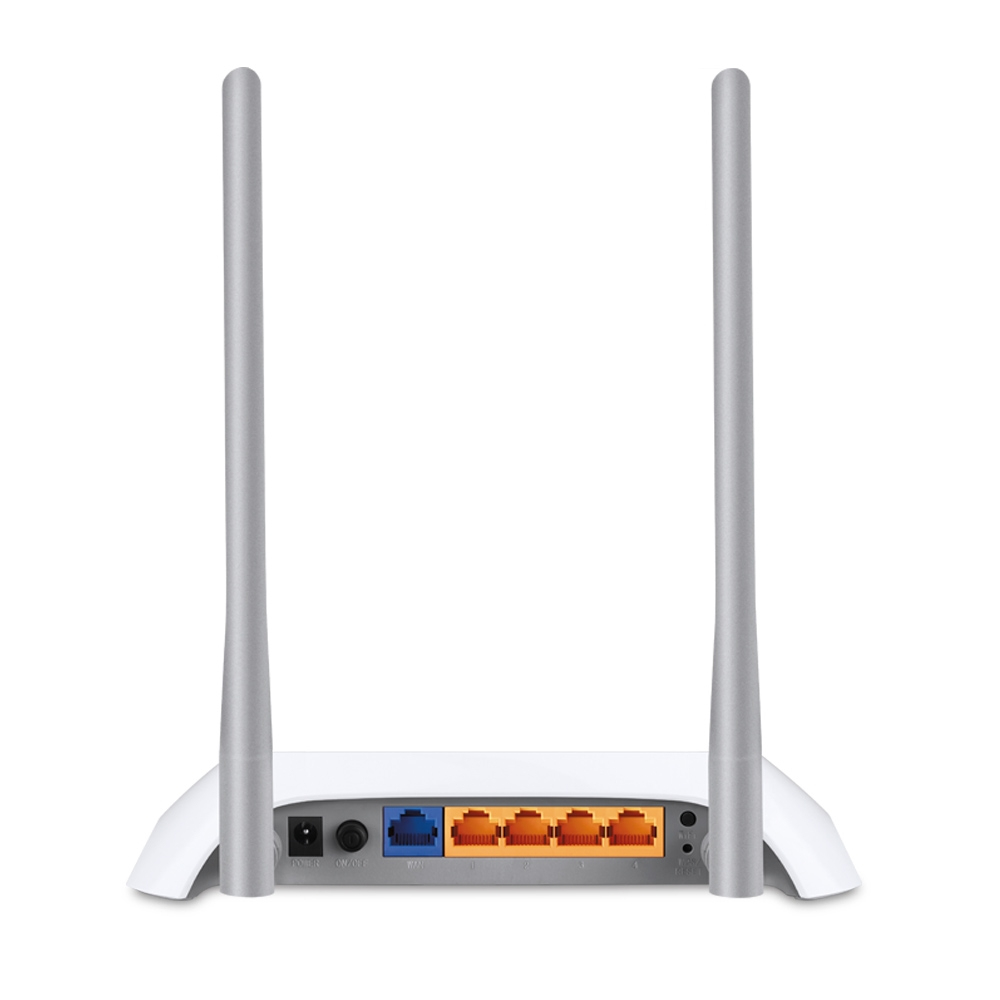 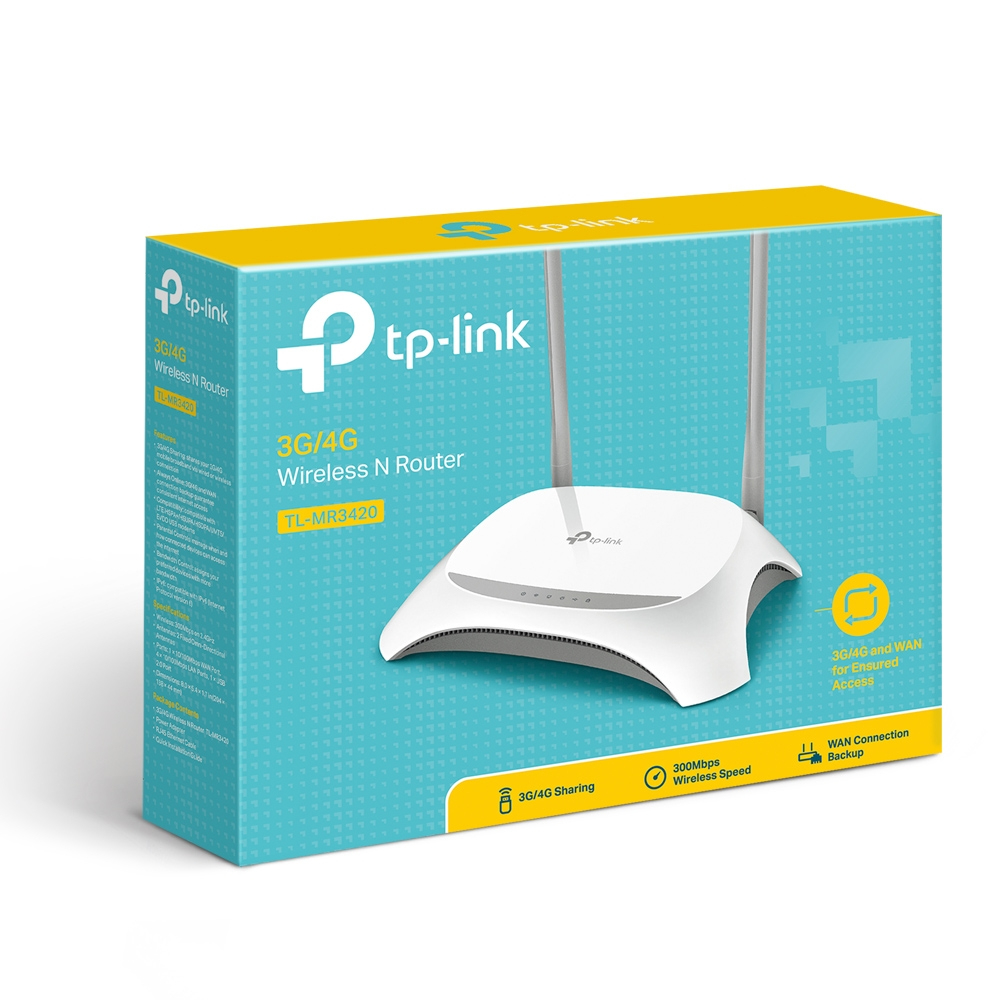 Productnr.: 128785
Fabrikantnr.: TL-MR3420
Productinformatie "TL-MR3420 Wireless N Router 3G (300 Mps, 3G/WAN failover)"
What This Product Does
Share the freedom of 3G/4G! The TL-MR3420 3G/4G Wireless N Router allows users to share a 3G/4G mobile broadband connection with family and friends via wired or wireless connections. By connecting a 3G/4G USB modem to the routers, a Wi-Fi hotspot is instantly established, via which multiple devices can access the Internet and share data and applications wirelessly.

Tests in the Field-High Compatibility
Compatibility is the most important aspect to consider when you're selecting a 3G/4G router. To ensure the best compatibility between our routers and the modem you would use with the router, TP-LINK has made certain that our 3G/4G Routers are compatible with the ISPs in the regions in which they are sold. We have teams around the globe continually testing our Routers with newly emerged modems to ensure that end users can feel confident that their routers will operate flawlessly where they live and work.

Comprehensive 3G/4G and WAN Connection Backup Strategy
The TL-MR3420 stands out with its 3G/ 4G and WAN connection back-up, which keeps users online when one connection fails. TP-LINK's 3G/4G Router provides users with both 3G/4G Preferred and WAN Preferred back-up modes, while other brands provide one or the other. This brings users a high degree of flexibility when users are setting up the networks with considering connection costs and length of downtime.

Wireless N Speed & Range
Complying with the IEEE 802.11n standard, the TL-MR3420 can establish a wireless network with transmission speeds of up to 300Mbps, while mitigating data loss over long distances and through obstacles in a small office or a large apartment, even in a steel-and-concrete building. Above all, users can easily pick up their wireless network's signal at longer distances from the router, where with legacy 11g products they would have to be much closer.