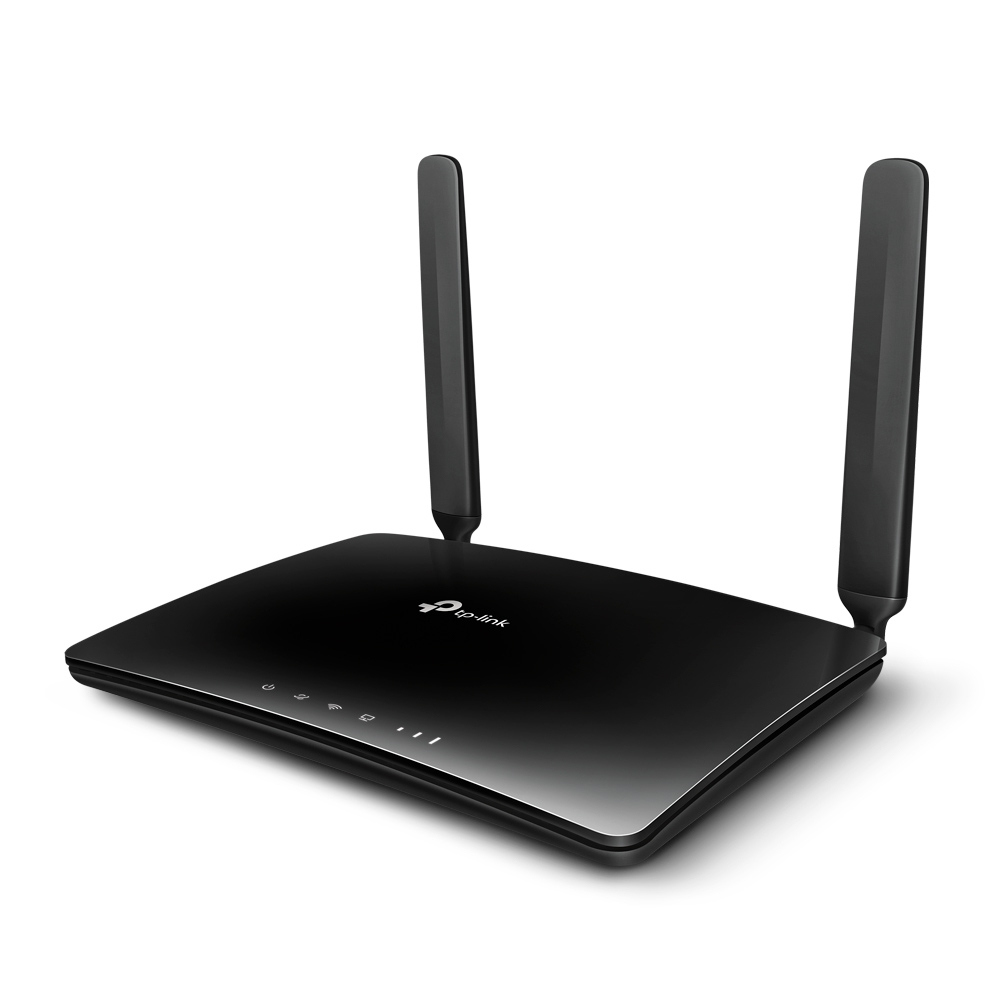 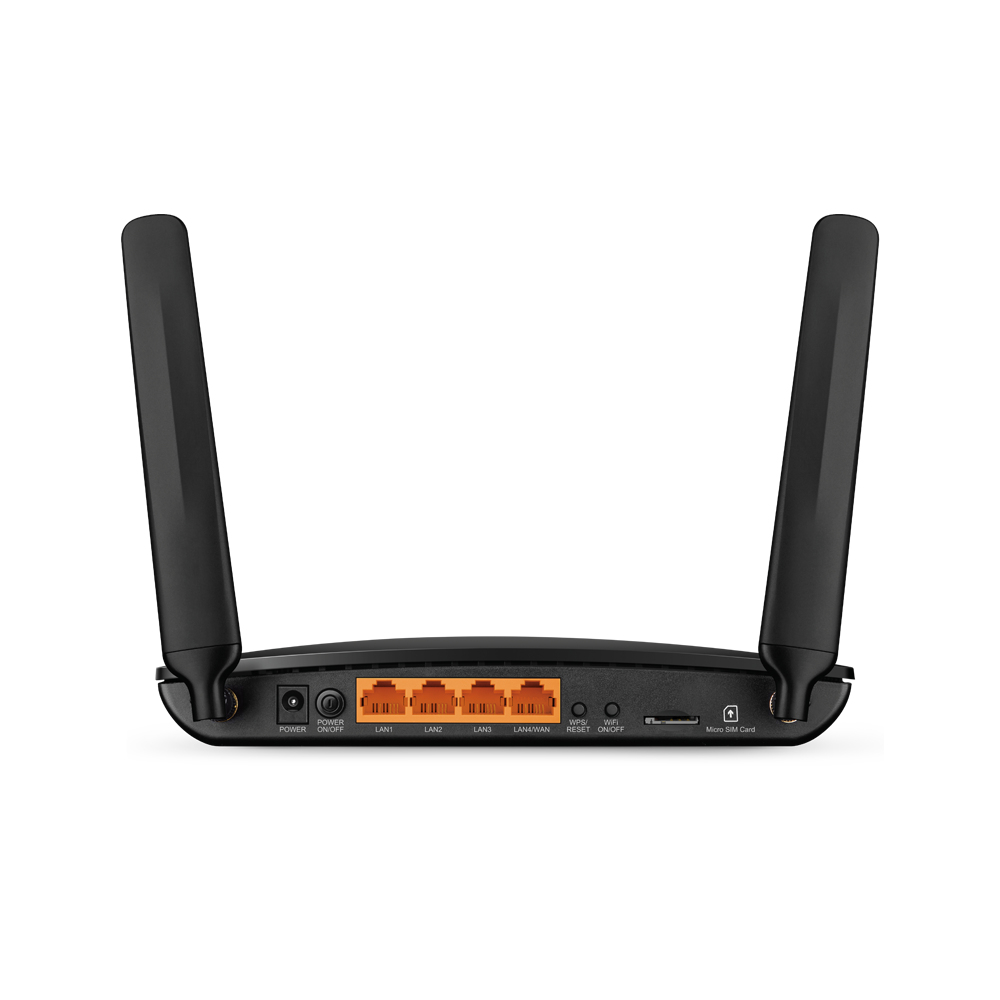 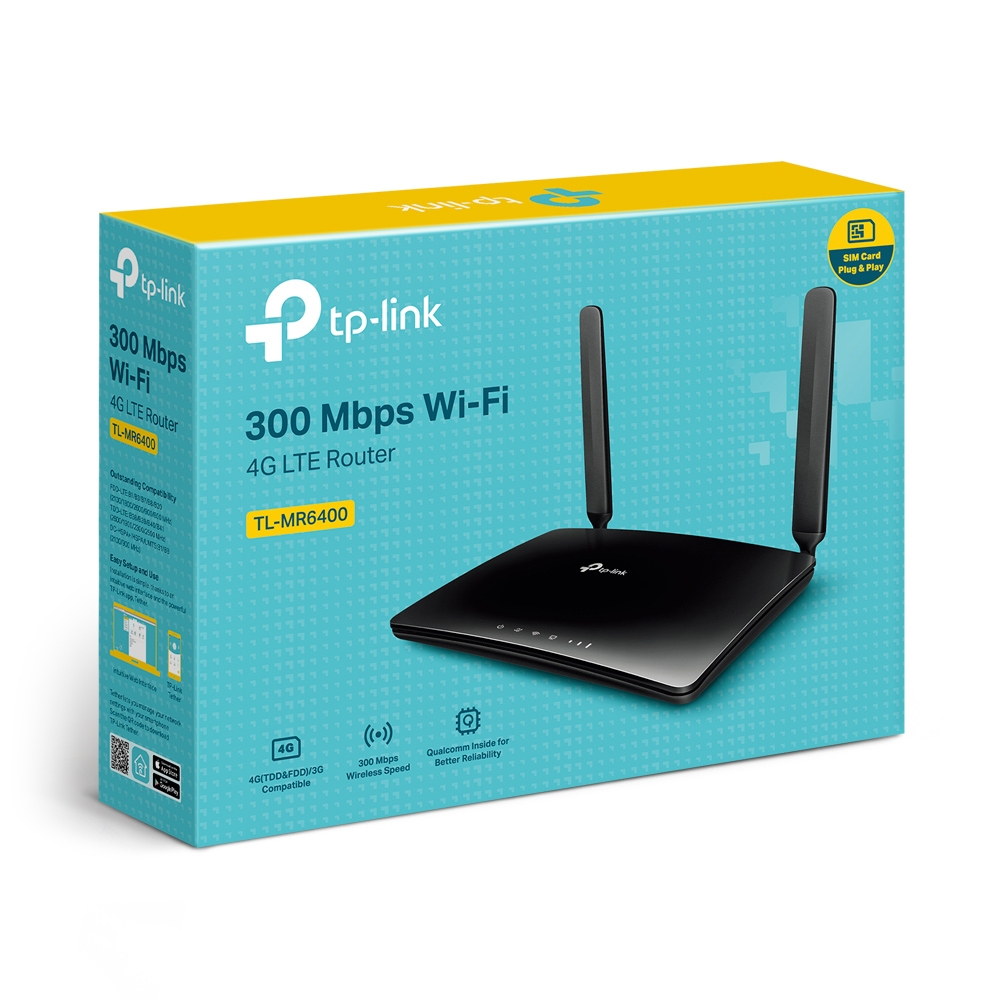 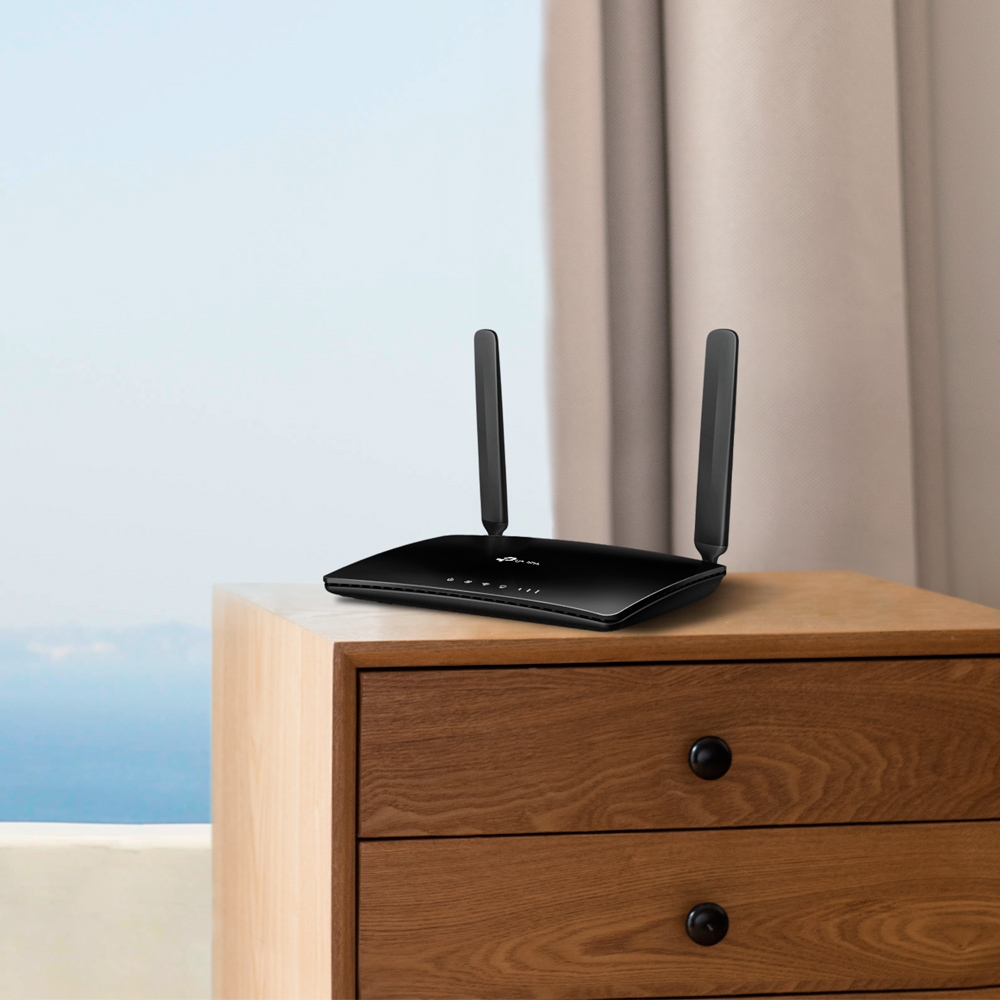 Productnr.: 176681
Fabrikantnr.: TL-MR6400
Productinformatie "TL-MR6400 Wireless router (WWAN, 4-poort switch, 802.11b/g/n)"
No Configuration Needed Simply Plug and Play!
With an integrated 4G LTE modem and a built-in SIM card slot, all you need to do is insert a SIM card and turn on the TL-MR6400. Enjoying fast, stable Wi-Fi on a 4G LTE network has never been easier.

Share Your 4G LTE Network
Take full of advantage of your cutting-edge 4G LTE network, which can achieve download speeds of up to 150 Mbps. The TL-MR6400 shares your 4G LTE network with multiple Wi-Fi devices, so you can enjoy uninterrupted HD movies, rapid file downloads, and smooth video chats. It is also fully compatible with FDD-LTE and TDD-LTE, which are supported by most operators around the world.

Wi-Fi Where You Need It
The TL-MR6400 offers unmatched convenience and versatility. Whether you’re at hom or working in a remote location, the TL-MR6400 is the perfect solution. Just plug it in to boost on-site productivity and stay connected in a diverse range of environments.
From the exhibition center to the RV, the TL-MR6400 always has you covered.

Internet Access for up to 32 Devices simultaneously
The TL-MR6400 can easily share a 3G/4G connection with up to 32 wireless devices, such as tablets, laptops and mobile phones at the same time. The LAN ports are also ready to provide internet for wired devices like desktop computers.