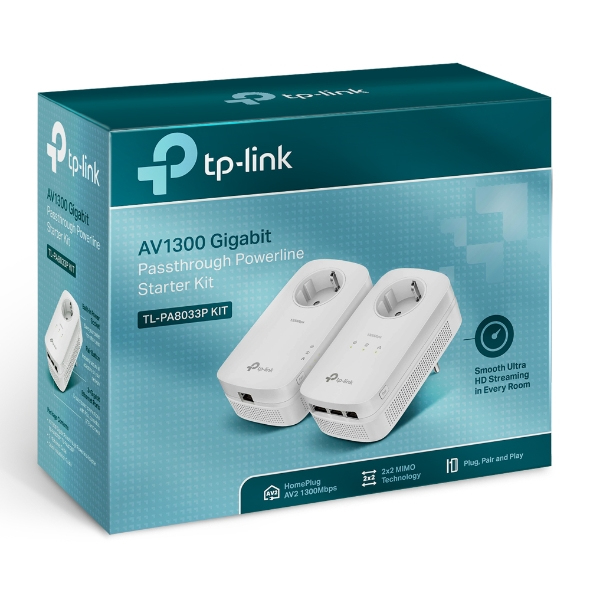 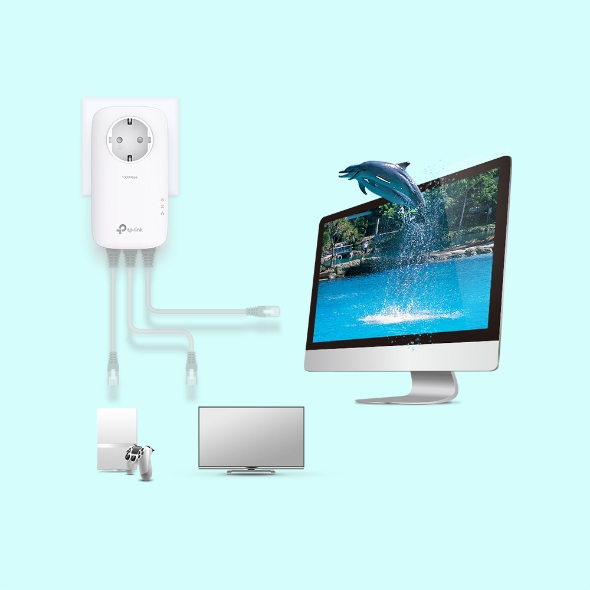 MIMO Technology with Beamforming maximizes the performance on the independent streams, which improves coverage throughout the home, particularly for previously hard to reach outlets.

MIMO Technology means the TL-PA8033P KIT can use the 3 wires, including the live, neutral and earth to create multiple data paths, meaning that you benefit from faster data throughput and more stable connections.

3 Gigabit Ports
for Maximum Connectivity
With 3 gigabit Ethernet ports, TL-PA8033P KIT can simultaneously connect up to 3 wired-only devices. This makes the TL-PA8033P KIT the perfect home entertainment companion. Connect any 3 devices from smart TVs and game consoles to NAS boxes and computers to the Internet at the same time. Just plug the Ethernet cable into the powerline and away you go!

Plug and Play,
No Configuration Required
Connect a powerline adapter to the router; plug another powerline adapter into a wall socket in another room, and connect it to your Internet enabled device via Ethernet - and you’re done!

Extra Power Socket for Additional Devices
The integrated power socket, with power output of up to 13A*, means the powerline can be used like a traditional electrical socket. Simply plug in your device or extension lead as though it were a normal wall socket. The built-in noise filter also helps to prevent electrical signal noise from affecting Powerline performance.