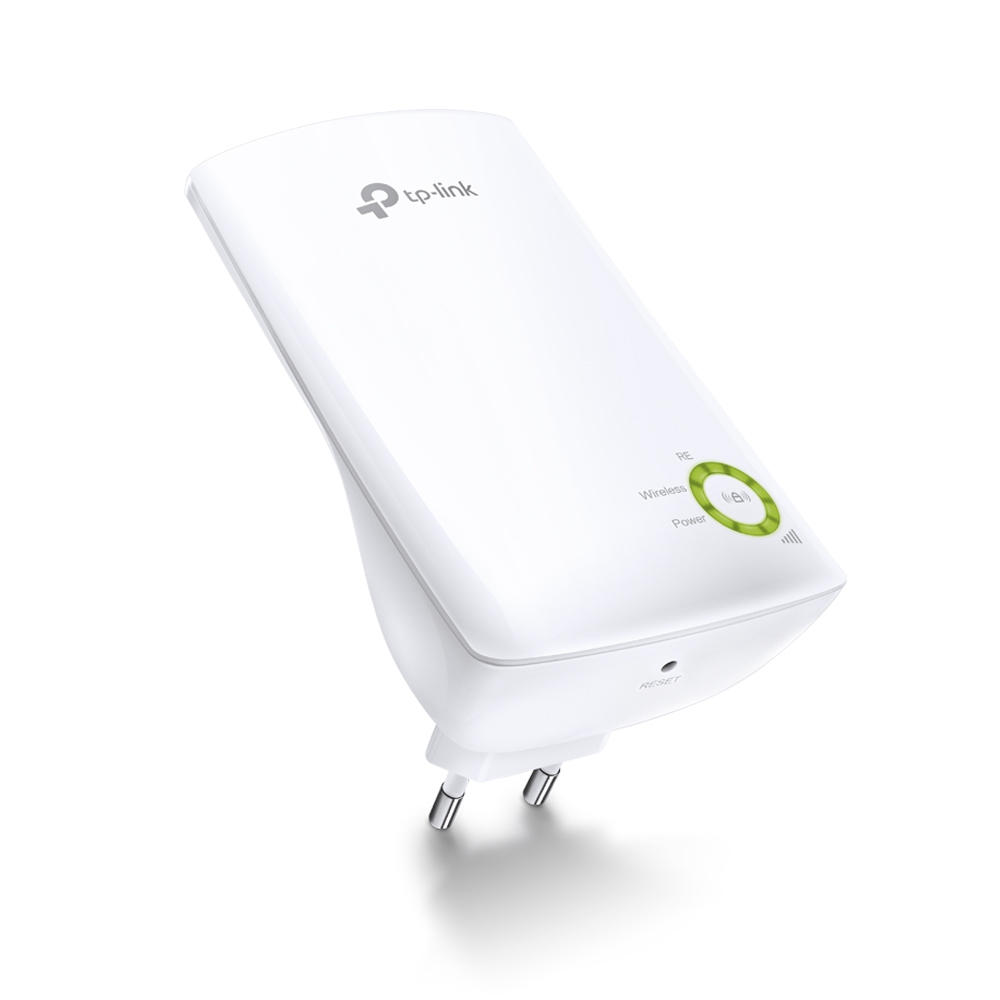 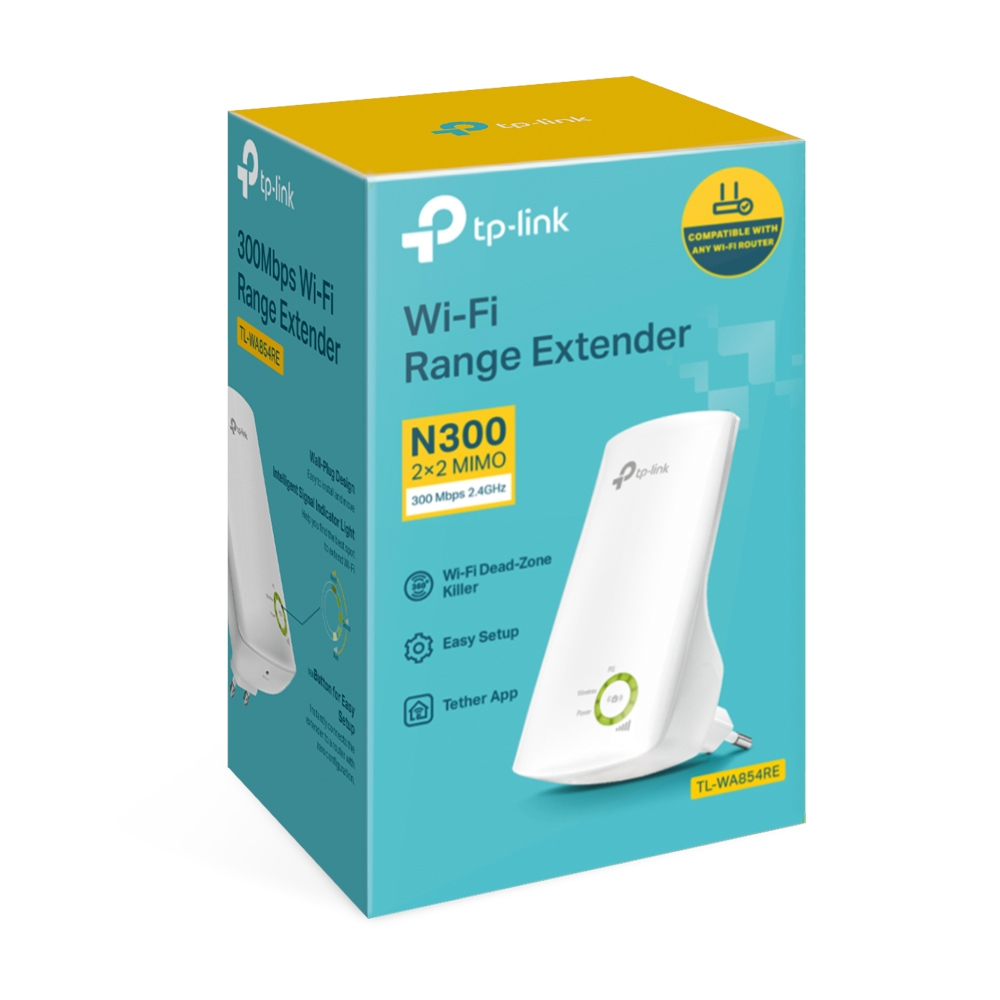 Flexible Deployment
The device's miniature size and wall-mounted design make it easy to deploy and move flexibly. What's more, the TL-WA854RE's profile function remembers previously paired wireless networks, meaning there is no need to reset the device when changing the paired router.

Plug and Play
With no new wires or cables, within range of their existing wireless network, users can easily extend wireless coverage at a push of the WPS button on their router followed by the Range Extender button on the TL-WA854RE or vice versa. An additional push of the pair button can quickly establish an encrypted connection with client devices.